As most genre's continue withdrawing from the limelight, one rockstar begs to differ.

Who would imagine that perhaps the last thread on metal music would come out of Islip, New York? Zillakami sat down and put his ten thousand hours in, while staying true to his trap metal music in the age of hip-hop. Zillakami dropped DOG BOY nearly six months ago with features from Lil Uzi Vert and Denzel Curry, a few of the most diversifiable artists currently on the charts. Not just anyone can hop on a ZillaKami track. For those wondering what kind of inspiration it takes to make mental tracks like this nowadays, give “Chewing Gum!” a listen. We’ll cut to the chase, it opens up with a message from Corey Taylor - Slipknot’s lead singer. With Slipknot being notoriously one of the most popular metal bands, there’s an answer hidden in plain sight.

There’s a possibility this is exactly what the metal genre needed, an artist from elsewhere besides cornfields, but also concedes to what makes Zillakami so special. Taking artists away from their boundaries, Zillakami brings fans songs like “BADASS” with Lil Uzi Vert, a headbanger where people are reminded “hatin’ shit won’t get you paid”. Zillakami goes on to say y'all “should focus on getting” your “raise”, before the screeching guitar takes a pause for Uzi to rap “b**** don’t look at me if you ain’t got a fat ass”. Overall “BADASS” is a gnarly song to drown out those who aim to judge.

One of the fan favorite tracks on “DOG BOY”, “Space Cowboy”, is more than an explanation of what Zillakami can do by himself. Stretching to touch eight million streams on Spotify alone, potentially overlooked, “Space Cowboy” is an articulate masterpiece with a dark twist. Zillakami explains a familiar “shadow that floats right above” him in his sleep. Zillakami narrates, describing a worried mother trying to find her son, investigators ask her to “relax, he would never go nowhere without his baseball bat”. Later discovering his body “With a backpack on and a note near his feet, it said, everything will end eventually”. Zillakami adds the chorus on top, saying he’ll “see you in space cowboy”.

Make sure you give “DOG BOY” a listen and go follow @zillakami on Instagram to see where the future of metal’s headed. Check out our socials @engmtcent for fresh new articles every Tuesday & Saturday and find new favorite artists every week with our “Don’t Be Late Playlist” on Spotify. 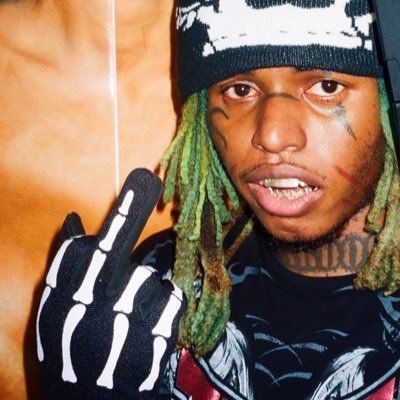