The Story of Lüh Crank

What knowing your destiny can do for you.

The underground has a new leader, and everything he touches seems to ignite. From co-signs like Drake to signing with Interscope, Yeat has been dominating, making power play one after another. After just four albums and thirteen singles, he’s become not only a fan favorite, but has more industry hype than anyone we’ve ever seen. People are quick to say these things happen over night, but make no mistake, this come up is something Yeat and his team have carefully & consistently constructed. If you’ve been wondering where all the inspiration behind the turban-wearing artists on your Instagram feed came from, well here’s your answer.

Yeat’s fifth album “Up 2 Më”  was the cleanest release we’ve ever seen. The timing was immaculate from the lead single “Gët Busy”, to the twenty-two song album, this highlights what kind of business the TwizzyRich team runs. Utilizing snippets, directing fans into bells, and delivering that formula over and over on each track leaves listeners nearly addicted to this 21 year old, Irvine, California native’s music.

The first track “Cmon” started off getting the most streams and less than a few months later, the listeners established their favorites. For a new artist, it’s difficult to create a project in which fans come back and press play to hear the album in it’s longevity with the rapid pace in style, a societal shortened attention span, but something here is clearly different. “Monëy so big” has established itself as a favorite, with nearly ten million streams already while many of the rest climb next to five million streams. Which, furthermore, proves listeners aren’t subject to dividing attention to “this one song”. Yeat delivers on each track, similarly enough to understand his own niche sound, yet complex enough to be a once in a lifetime type of artist.

“Turban” opens with a pressing drill beat  where Yeat says “come on, come on…” which is naturally the best way to open up a mosh pit during a show. Consecutively, 808’s begin to enter the track, leading to Yeat yelling “perfect rockin’ a turban”. This track is nothing like anything we’ve heard before from Yeat, as he states he’s “about to sign for a lot because this s*** ain’t urgent”. Yeat says multiple times how essentially unworried he is, rapping he “knew all this s*** from the start”, even “already told you what it all is”. Speaking fluently on what he knows he deserves, Yeat’s been ten steps ahead since he began; It’s clear this is his destiny, as someone with this form of knowledge and drive becomes unstoppable.

Tracks like “Morning mudd”  take you back to “Codeine Crazy” days from 2014. The longevity of songs nowadays are few and far between, yet everything Yeat is involved in seems to contain a sort of flare. Making music that’s much more than original, but can be played for years and years to come, is something the industry has struggled to find with the oversaturation of music in the last few years. While “Morning mudd'' is a bright song, it contains a dark side as well. Yeat explains waking up “in the morning” and having “mud (codeine)” in his cup, then says “at least I woke up today”. Similar to Future’s “Codeine Crazy”, the ideology of the glorification behind chasing money is present, but has moments of reflection on some of this life not being so sweet.

Go check out @yeat on Instagram before his new album “2ALIVE” drops and be some of the first on everything that’s to come. Follow us @engmtcent for new content and articles every Tuesday & Saturday! 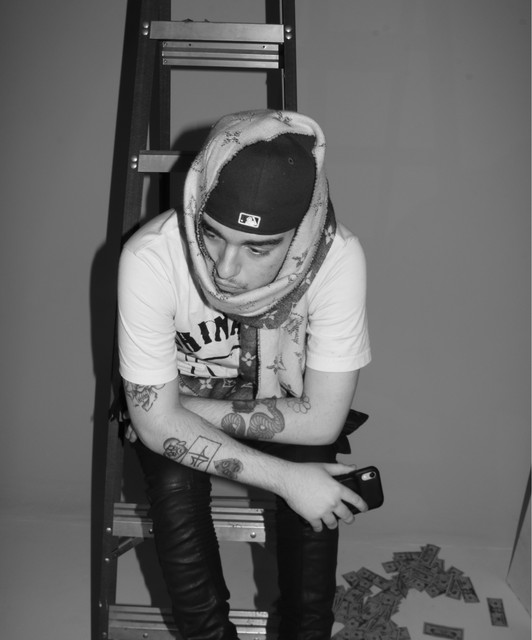