Driving an Industry Before a Car

Slump6s on his fourth release of 2022, just three months in.

Straight out of Rochester, NY, one teenager has been making some serious noise that stretches past the confines of hip-hop. Slump6s, just 16 years old, is in the process of being a major player amidst the music industry in one version of his life, while wrapping up highschool with the other. For perspective, while his peers are on college tours, Slump6s is taking weekend trips to LA to record and other opportunities, such as a No Jumper interview.

Slump6s’ breakthrough could arguably be the track “Antisocial”, in which he featured on BabySantana’s single. BabySantana initially sets the pace of the track, explaining a girl “told me (BabySantana) that I am the GOAT, so I told her, I know baby girl, like do you understand me?”. Moving forward, she asks “Tana, are you antisocial?” so he responds “No, girl, I'm socially anti", putting down everything she throws up. Slump6s takes control back, saying he “told her that I wanna hit it again” then she said “Lil 6 you too damn bold”. Dropping lyrical gems, Slump6s continues, “I pop a Perc' and I still ain't die yet, My pockets fat, boy they need a diet, Getting some money, n**** you should try it”.

“Antisocial” went on to gain nearly sixty million streams on Spotify, however, one rule in this industry is to never get satisfied and sit on an opportunity. Slump6s was more than ready for this moment, as just about two months later he released his debut album under Republic Records. “Origin”, a unique name for a first album, contains twelve tracks, of which only two were previously released. In other words, fans had ten freshly released tracks on November 17th, 2021. The album had just one feature, Yung Bans on “All There”, where the two talk about checking their “bank account, and it’s all there”. Regardless of the song's caliber and the artistic chemistry showcased between Slump6s and Yung Bans, this went, somehow, under the radar.

Slump6s has shown he’s not scared to feed his audience, as just a week into the new year he released “TOP BOSS!” with Lil Benny and later that month, “Gold Medal” with Tana Amiri. February 11th, Slump6s dropped his first single of 2022 with no collaborations - “Presidential”. Slump6s taps into his talent to rap his “wrist presidential” got him “feeling like Biden”. It’s not unusual for 6s to have unordinary lyrics like this, but it does remain intriguing to wonder where he’ll take it next.

Check out the rest for yourself with the video below and go follow @slump6s on Instagram to be first on what’s next. Follow us @engmtcent for more content and favorite artists every single week. 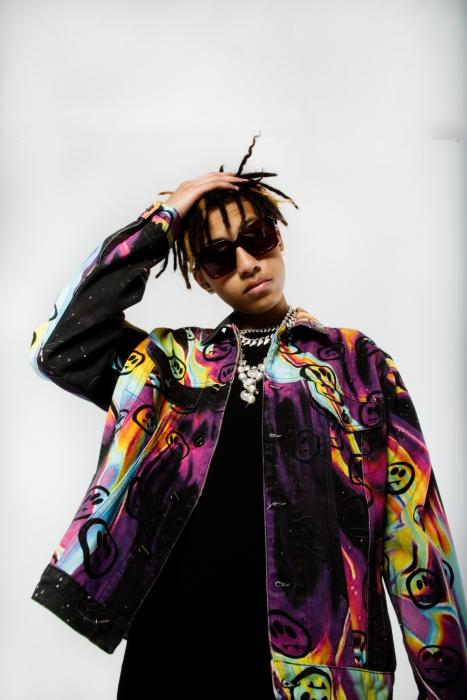