What it's like walking through the many doors of life. Whitkane provides his story for us!

In today’s modern music world, production talk is light and the underground of this game is creeping towards over saturation. But one North Carolina producer is making it happen. However, creating some of the cleanest beats you’ve heard actually seems to be the simplest part of his day. While this could be strictly passion, it may also be the balance of being a Division I student athlete. We figured we’d get Whitkane to clear the air on what it’s like to juggle these respective paths. Most people would pick one, Whit however picks both and seems to summon the hustle in every aspect of the game.

“Whit Kane is an 18-year-old producer/college athlete in Charlotte, Nc. and born in Florence, South Carolina. I have 1 brother and my parents. My brother Joe committed to play football at Virginia Tech and is now at Elon University playing there. My mom Joni works for RBC bank. My dad Tim works for Nationwide. We’ve moved all up and down the east coast starting in South Carolina, then to Atlanta, Georgia, then to Jacksonville FL, then back to Florence, South Carolina, then to Raleigh, North Carolina and now my family lives on Lake Gaston in Virginia.”

“I first learned music production was a thing in 2013. I had a mutual friend I followed on Instagram and he would always post stuff about making beats on FL Studio. After watching for a few months, I ended up asking for FL Studio 11 for Christmas that year.”

“I made my first beat Christmas Day of 2013. I was in 6th grade and the beat was absolute dog water. I mean it’s unbelievable the strides I made over the 6 years I “flirted” with the idea of making beats. Looking back at when I “made beats” rather than “producing” is crazy and I think those two things are very different and I think I can confidently say I produce songs rather than just “make beats.”

“Myself. Of course I have a great support system around me and have built a solid team but at the end of the day, I’m my biggest critic. Being recruited to play football at different universities, I had to deal with being judged by stuff I couldn't control, it didn’t matter about talent, it was about metrics. Going through that made me really value self validation, proving myself right rather than proving other people wrong. I respect producing standards because it’s all talent and connections. Two things that you can build.”

“I couldn’t ask for better people around me. My parents, friends, and other family respect my passion for music and enjoy seeing me do something I love. It also helps when you succeed at music, that helps people grasp it more, especially my parents.”

“As of right now, I’m branding myself with a logo, building my website, dropping music with artists every few weeks, talking to lawyers about deals that have been offered, making music and sending it out, getting ready to DJ shows, building my brand as a producer/DJ all while just having reconstructive surgery on my ACL and meniscus on April 22nd.”

“Long term would be getting my knee back healthy for my own sake. Right now, I’m really invested in branding myself, building my website, learning/getting ready to DJ live shows and parties, and negotiating deals.”

“It’s tough for sure. Having to balance school in there also. If it was as simple as making beats, it wouldn’t be bad but as you can see, all the things I have listed that I’m dealing with go into being a producer. So yeah, it’s tough. Football also restricts me from traveling.”

“Yes, I think in the long run I’ll be better because of it but at the moment, it’s definitely tough.”

“100%, I’d say the worst feeling is getting a call asking if I can come to LA or Miami at this date and I can’t because of football. Moments like that make me question what I truly want. But it’s not as black and white as it seems. Some people say “just choose” but there are other things that go into that decision. Financially, will I be okay or mentally am I ready to put up the cleats and stop doing something that I’ve invested my whole life into.”

“I haven’t had that moment where I’m like, man this feels like a job so I don’t think I’ve had that comeback story. Hopefully I don’t ever feel like that.”

“I produce using FL studio 20, I create at any time. A lot of the times something will spark inspiration and I’ll go on a tangent and just pump out beats and melodies. A full beat could take 20 minutes to an hour and 15 minutes at most.”

“To list a few is probably being recognized out in Charlotte as Whitkane the producer rather than athlete. Also going out to LA and linking with big artists and receiving positive feedback.”

“Not in the slightest. Some of the biggest records of all time just wouldn’t be the same without the beat. It’s legit half of the record but producers get paid 0.01% of what’s made from the record in most cases.”

“Just go for it, it started as something fun for me at the beginning. It’s like a never ending story mode in a video game. There’s no end to making music and you can always get better.”

“It definitely has, I respect music so much more now. When you begin to create music you develop an annoying ear for everything in songs so that’s kind of a blessing and a curse.”

“I see myself as one of the most respected and sought out producers in music. I see myself venturing into different genres and have a couple song writing credits on huge records also.”

Go follow @whitkane_ to stay up to date on his latest work and us @engmtcent for more content!

Whitkane’s website is coming soon too, make sure to go check out the link below! 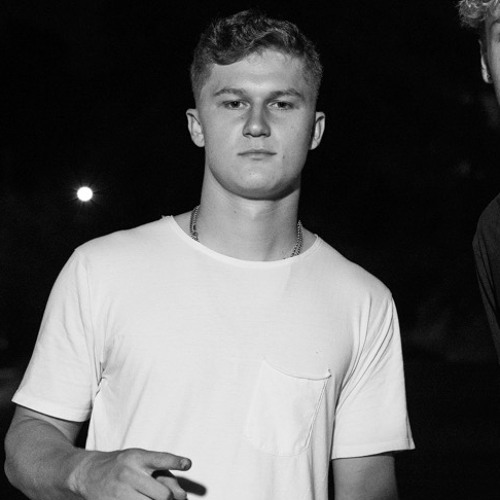