Richmond, Virginia has been a goldmine for the up and coming hip-hop artists - with Killval preparing to be the one.

Richmond, Virginia’s newest experimentalist Killval has been racking up streams amongst the millions. His unmatched, raw talent mixed in unison with Nick Mira’s ability to create insane guitar chord production has everyone lusting for more. With just one year of content releases to choose from and, alongside no misses, what comes next seems just a track away.

Killval says people “walk to light” while he “walk to heavy”, so he had to “tell her so long”. His biggest track “So Long” has long surpassed the 20 million mark. Killval really destroys this specific piece, and speaks to the sacrifices you must make for your dreams - how you have to cut off certain people for the bigger picture. While it doesn’t sound like a hard decision for Killval in this instance, simply choosing to “count up” and “leave that girl alone”, it resembles a perfect example of placing priorities and how it’ll work out.

Romance for Madness didn’t receive the love it truly deserves, but easily proved to any A&R that there’s much more to come. This debut album is a 10-piece project where you can hear a more troubled Killval come to light and see that this life is not always easy - touching heavily on drugs, heartbreak and still being able to pull himself through.

Sirens has Killval singing and rapping about how “she don’t know bout love”. His attempts to use drugs for a “pick me up”,  do not end well because “everythings not enough for” her. Although he keeps moving along, Killval “can’t feel his lungs”, comparing his love for her to the way he’s breathing, just coming and going. Giving his “best for you”, being the “only one who gets you up”, she still cheats in the endgame cause Killval believes he could never be enough. 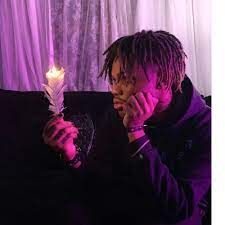