Seattle, or simply Washington as a whole, has been known for its grunge rock innovation and underground addition, seeming to spawn some of the best artists to rip the charts. While this rainy city has certainly slowed down within mainstream limelight, Deb Never has the potential to reignite the fire that is Washington.. Amongst the influence of legends such as Kurt Cobain, Jimi Hendrix, Pearl Jam, Alice In Chains and many more, the era of rock & roll has certainly been limited. Deb Never has perfected her own technique, blending old with new, for everyone to enjoy.

Deb Never’s debut album “Where Have All the Flowers Gone?” dropped under Moonlanding just last September. The album has since received over 10 million streams on Spotify, and Deb Never sits comfortably at over 600,000 monthly listeners. “Where Have All the Flowers Gone?” is an extremely authentic, beautiful piece, which attained it’s caliber through the multifarious collection of the macabre album cover, to each individual lyric Deb chose to sprinkle into each of the eight tracks. Track no.1 “Stupid” opens with a moping piano & guitar riffs that deliver you back to Nirvana’s “Something In The Way” off their “Nevermind” album. Although Deb Never is more than incomparable, you can find a common theme amongst her diction, singing of “mindless sex for no reason… blue pill washing down my system, f*** your words you leave me guessing”. Directing, she continues to chase “your high, cause I’m (Deb Never’s) so stupid”.

Deb Never and her team did an incredible job at releasing select singles in order to prepare fans and establish lively hype prior to the debut of “Where Have All the Flowers Gone?”. Tracks similar to “Sweet & Spice” encompass the signature style and provide listeners with a glimpse of Deb’s unadulterated potential; Deb explains how her love “would do anything to get further” in her head. “There's poison in” their kiss, but consequently she continues “stickin’ out my (Deb Never’s) neck” because she believes she’s “got nothing to lose”. Changing her rhythm and stylistic features throughout the track in order to add layers, Deb, more than anything, allows her listeners to embody the art to a further extent - or something we like to call as blissful regression.

slowthai,  of Northampton, United Kingdom, indisputably possesses a gift for talent recognition, having been credited with many large scale artist and repertoire deliverings.  “TYRON”, slowthai’s 2021 album featured a handful of the best names to collaborate with, from Deb Never to James Blake, A$AP Rocky and many more. Furthermore, “push” the track in which we hear these two collide, alternating back and forth, Deb Never takes the role of opening the song singing “out of the dark he found a road… the calm comes after the storm”. Reminding us to be present in the moment, she articulates to, “sit back and watch the rain, breathe out before tomorrow”, prior to slowthai exposing a much more manic side of himself. Rapping in analogical structure to his life, slowthai delivers with, “do stuff I regret, feel embarrassed tomorrow” in relation to his selection of vices, attempting to drown out the noise of the world. As much as we’d love to continuously hype up this project, you’ll have to go listen for yourself to truly open your mind to slowthai.‍

Don’t miss out on checking out @debnever on Instagram for yourself and give a listen to “Where Have All the Flowers Gone?” on Spotify. Keep up to date with us @engmtcent for more content updates, playlist creation, and up-to-the-minute articles every Tuesday & Saturday! 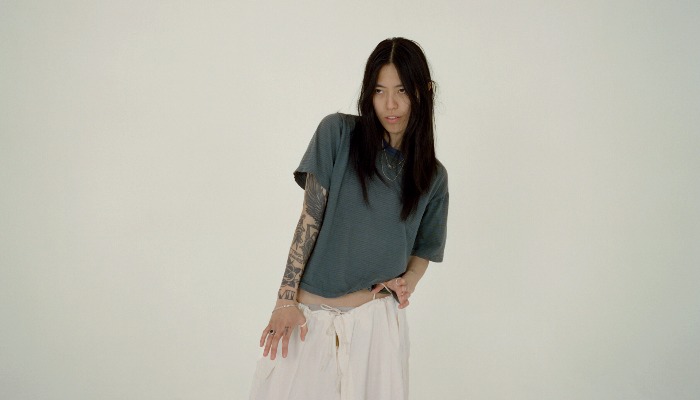