Finding Paraíso In the Process

Maximizing creativity by putting project effort behind every single.

Waiting on the next best R&B artist can get tiring, but this Hershey, Pennsylvania artist knows how to keep fans on the line and edge of their seats. After four years of releasing music, Bairi has remained projectless and has only put out a mere seven singles. Bairi combines raw authentic lyrics with an incomparable singing voice that she can adjust over different productions, adding an extra layer of fresh, meaning no track sounds quite the same. Rather than dumping out single after single or project after project, Bairi has taken her time, perfected the concept and patience of the ‘long game’ getting the most out of each single. She’s truly quality over quantity. Creating alternate versions of tracks, loading them with content before rushing to the next.

Bairi has an interesting way of capturing listeners through the vivid imagery and narration of her own stories, bringing tracks to life to make us feel as if what she sings is currently happening. She hopped on Dende’s “On The Low” where the two collide in a story about a big bottle full of lust. Dende opens up asking “if it’s cool with you, I can call you” to “do what you want to”. Just before Bairi picks up the pace, saying she tried “to claim my(her) innocence, but images of you inside me, drown me(her) in my(Bairi’s) sleep.” Conjunctively questioning their martyr’s ability to keep it “on the low”.

Back in late March, Bairi dropped her biggest track to date, “Free”. Bairi paints a love story, about two people who “didn’t look for love, but” they “found it”. Reminiscing on the last time she “felt this vulnerable” but can’t find any comparisons. She says she used to “run and hide” from “every sign” of love. This one just happens to be different, after being “led… out into the light” discovering her own “shine” has made her “free”. Bairi has become “Free to feel again”.

Just over five months later, Bairi followed up with Paraíso, where Bairi explains learning she’s the only person she needs. While most others “paraíso” consists of relaxation, Bairi opens up to say she’s “been on my(Bairi’s) hands and knees… been grinding in my(Bairi’s) sleep”. Becoming fully aware that it’s her time, while people wonder “where I(Bairi) am” unaware that she’s “already forsaken him”. 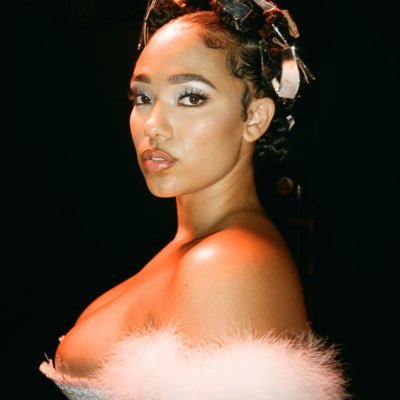