Where's the Industry headed now, and who's making it happen. Make sure to check out our "Don't Be Late Playlist" to stay updated all 2022.

The year of 2021 has been an insane journey - between politics, COVID-19, the passing of artists and so much more; it was hard to keep up with things we all love. The music industry for one has seen some amplified changes, as each and every year there’s been more and more independent artists popping up. One thing is for sure, there is far more competition in the music industry than ever before, so we took our time picking some of the most talented individuals and adding them to our playlist, “Don’t Be Late” - and now it's time to talk about just a few of them.

The difference between a traditional career and one in this industry is there’s typically no set or ‘correct’ path. While managers and agents try to get the walkway clear and open the best doors they possibly can for artists, the music is really the most vital aspect of success. While we’d say 2020 was a niche ‘sad boy’ era, 2021 was filled much more with rage and energy. It’s become clear Carti set a whole new wave, arguably one of the most popular today. This isn’t to say these others aren’t authentic, but many of them have mysterious looking Instagram’s and have begun screaming over chaos-amplified production.

Tom The Mailman out of Atlanta, Georgia has proved to be one of the most diverse talents in this new age. Taking his time over a track like “Forever”, Tom’s able to flip towards complete punk with tracks like “NOTHINGTOLOSE” -  where he expresses moving from the countryside into the city. Having bigger dreams requires change, and this song expands those alterations to the fullest, coming from a “man that came from nothing” but wanting “it all”. Make sure to check out his latest album “Sometimes Sorry Isn’t Enough”.

Another individual making noise out of Atlanta is Bktherula, with her biggest single “LEFT RIGHT” having nearly 20 million streams, an amount already close to getting passed by her album “LOVE BLACK”, having dropped in October of 2021. “IDK WHAT TO TELL YOU” will be one of your favorite songs once you give it a chance. Bktherula comes hard over an almost hypnotizing beat where she says she “cannot expect anything but love from anyone but me”. She speaks of expressing herself, “in anger, sadness, and in rage”. Go listen on all platforms, as Bktherula has an insane discography.

From up north in New Jersey, Chris Patrick and the whole CXR team have been absolutely killing it. They spent 2021 mastering their releases with just four singles, each one standing out among each other. “Killing Me Slowly” is a collaboration between Dende, Paris Price & Chris Patrick, all complementing each other's flows where Chris hops on and showcases some otherworldly lyricism. Following that up, Chris dropped “Gang Activity”, a song about loyalty; When asked “if your homie gon’ mask up for robbing, you following?” Chris replies “yeah bi***, I'm robbing too”. While many strayed away from lyricism, Chris Patrick is teaching class on it.

The one and only Portland artist on this list has to be Yeat, as he’s continuously taken the game by complete storm. While most artists have to take over the streets before they hit the players in the industry and the charts, Yeat hit with massive players before getting the mainstream buzz. While Yeat’s “Sorry Bout That” continues to stack millions of streams, he doubled down and dropped “Gët Busy” which is quickly catching up. Just 10 days later, Yeat was back with a whole album “Up 2 Më”. This was enough for Interscope to step in and sign him onboard. Yeat has since announced “2 Alivë'' to be dropping sometime in January. Make sure you check out @yeat on Instagram and Spotify if you haven’t heard the bells yet.

Out of Pittsburgh, a very meditative artist has been coming up rapidly. Montell Fish released 6 singles all of 2021, with each being insanely unique. It sounds almost like a blend of Frank Ocean and The Neighbourhood; If you can’t imagine how calming that would be, make sure to go listen. “Talk 2 Me” starts off with some slow, almost awkwardly sad guitar strings, where Montell Fish questions “why don’t you, talk to me? Like you used to, you don’t talk to me”. Finding himself in conversation with himself, he deepens his voice to sing that he’s “been in my (his) bed for way too long”. Go check out Montell Fish @montellfish on Instagram and wait with us for the next project!

While this is just a few of the artists on the playlist, check back with us @engmtcent for more articles on all these individuals. Follow the link in @engmtcent bio to like the “Don’t Be Late Playlist” on Spotify and hear the rest! 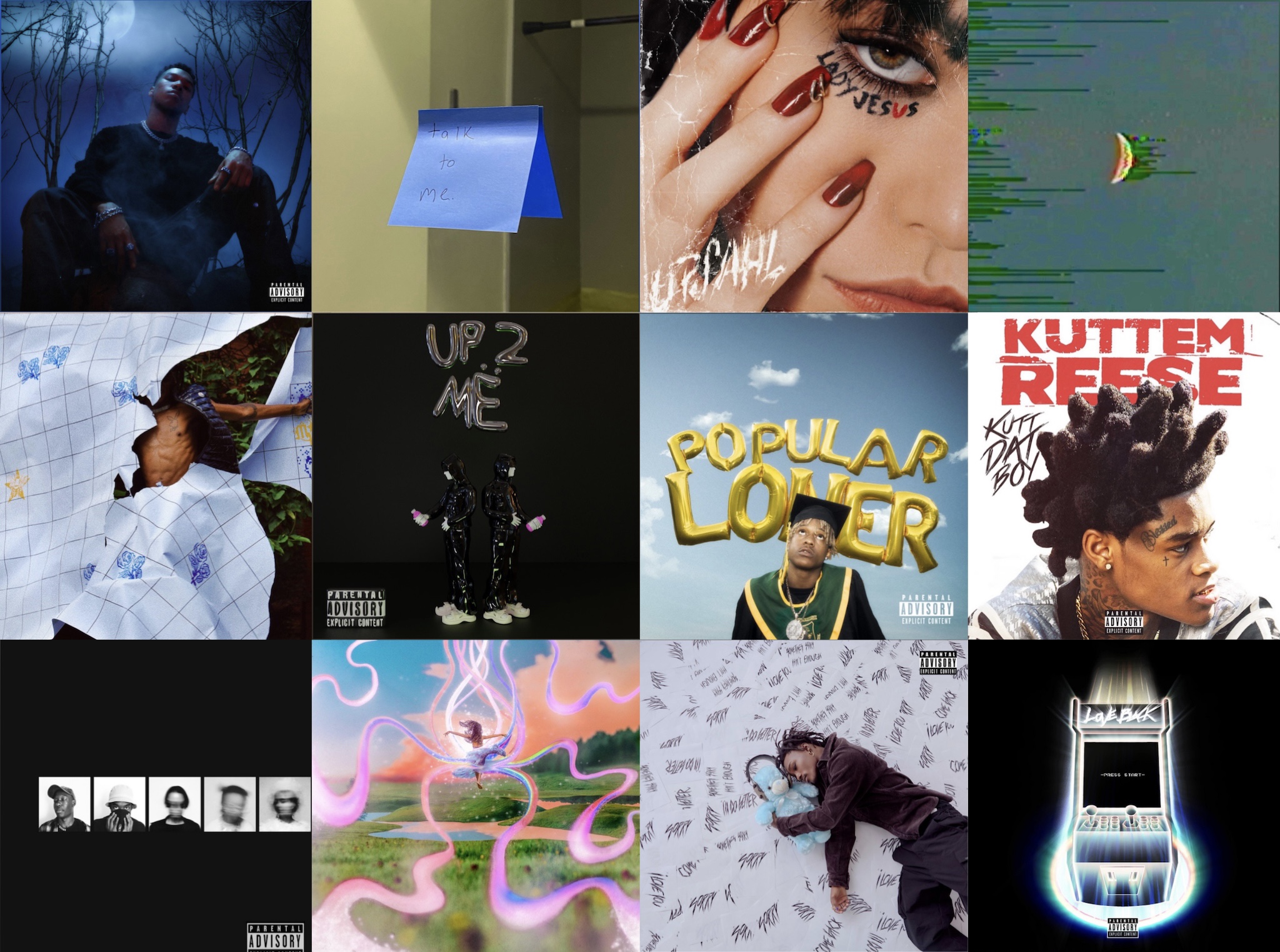